This weekend most Bluefields neighbors would have received a letter from the Tennessee Historical Commission verifying that their property has been placed on the National and Tennessee Registers of Historic Places by the National Park Services of the United States Departments of the Interior on March 22, 2016.

What an unbelievable honor and privilege for our neighborhood to receive this designation.

The development of the Bluefields subdivision began in 1929 by the Bransford Realty Company of Nashville, Tennessee. Home construction began in the early 1930's, with fifty to sixty homes built by the Bransford Realty Company by the end of 1938. Stanford Realty company took over the building of homes in Bluefields in 1938, which began the diversity of styles that can be see today throughout the neighborhood . These homes were built thru the 1940's up to 1950. And proudly these are the homes that have now been recognized by this designation.

What is most inspiring to me about this designation is the circumstance in which it came to be. In 2014 Bluefields faced an horrific challenge when AT&T planned to install a 120 foot cell tower next to residents properties at the Donelson Pike entrance (along the railway line side). It was presented to the residents as a "done deal" with nothing that could be done to stop it. I have no doubt that had it proceeded it would have changed our neighborhood forever…. And in an ironic way that is exactly what it did.

Kara Siejakowski working with her husband Joe provided leadership for the "No Cell Tower In Historic Bluefields" campaign which bought many neighbors together as we all worked together to stop the cell tower from being built. In researching many laws and legalities it was established that Bluefields was eligible to be listed as an historic neighborhood and that designation by itself gave us a critical argument as to the value of our neighborhood and the potential and irreversible damage this cell tower would bring. With the cell tower being proposed on railway land this historic designation also gave us some form of a federal argument in terms of protection.

Tennessee Historical Commission were contacted by Kara and they quickly came by to review our neighborhood. They clarified in writing in May of 2014 that our neighborhood was indeed eligible for National Register which became a very valuable document from that point on in our negotiations. And as we all know now in early June of 2014 we gathered as a neighborhood to announce and celebrate that the cell tower had been defeated!

Going forward almost two years and the neighborhood completed all administrative requirements for our application and ultimately we received final approval this March. (We were also very fortunate to receive a grant to pay for the documentation of our neighborhood which I believe exceeded ten thousand dollars.)

SO what started off as a desperate move to save our neighborhood has blossomed into this incredible honor and recognition. You simply can't write a better story about a neighborhood with its back against the wall and neighbors coming together to not only save their neighborhood but ultimately facilitate a designation of this magnitude. From something very bad came something very good!

I would like to recognize Kara for her tremendous work and energy on this designation. Kara also organized the Historic Preservation Committee that promoted and educated the neighborhood including hosting several information sessions with Tennessee Historic Commission that were held at Fifty Forward. Thanks to Vicki Beare who also worked with Kara and continues to work on neighborhood history today and hats off to neighbor Nancy Donavan who had advocated historic preservation within our neighborhood for many years. A big thank you to Councilman Syracuse for supporting our application as well as the continued support and leadership he provides to Bluefields and to Donelson!

I am ordering my families plaque today and it will be proudly placed on our homes front entrance. I am sure I will have many stories to tell friends and family in the future about this special designation and how it transpired. And hopefully 50-100 years from now our story will live on and be shared by future generations living here in Nashville's newest historic neighborhood called Bluefields!

Congratulations to all our neighbors – below are details and copies of the letter you should have received including information about Tax Credits for rehabilitation. I would encourage you to order your plaque as soon as you can.

If you felt you should have received a letter but did not please --contact This email address is being protected from spambots. You need JavaScript enabled to view it. or call (615) 770-1089. 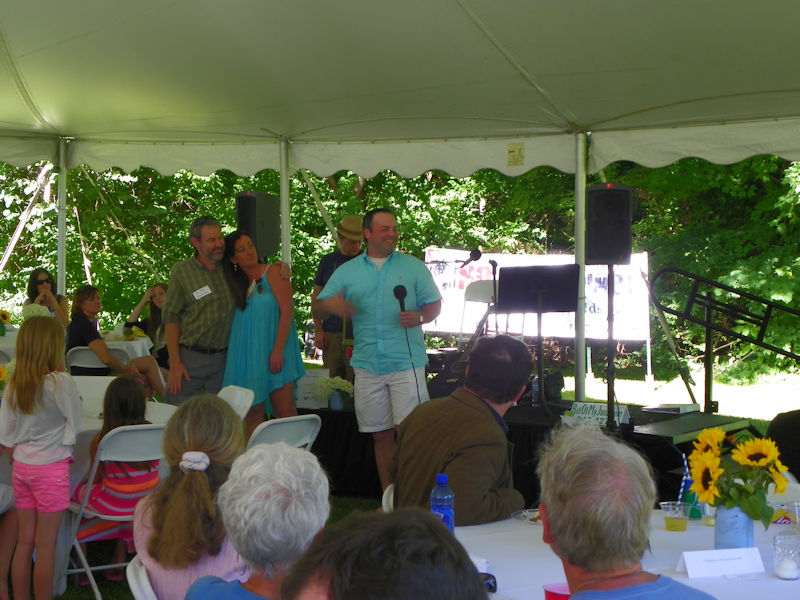