What Do You Want In the Transit Oriented Development? A recent meeting was held by MDHA (Metro Development & Housing Authority) at The Larry Keeton Theatre to ask "What Do You Want in the Transit Oriented Development?" that is proposed in Downtown Donelson and Donelson Station.

A Transit Oriented Development, or TOD, is a type of community development that includes a mixture of housing, office, retail and/or other amenities integrated into a walkable neighborhood and located within a half-mile of quality public transportation.

Currently we believe there are several mixed-use buildings (4-5 stories or potentially higher) proposed to be built around Donelson Station as part of this development, which will include a "Nashville Next" transit aim of increasing train frequency to run to and from downtown every forty minutes.

Several Historic Bluefield's residents were on hand and formed a table to collate their ideas which they then presented to all attendees and officials at the end of the meeting. Here are some of those ideas presented:

The Donelson Transit Oriented Development can be a tremendous asset for our community but may also have significant impact on the quality of life of neighbors connected to this district. We encourage all neighbors in Bluefields (in particular Bluefield Avenue Residence) to get informed and get involved in this process so we can ensure that the TOD becomes a positive enhancement to those living in Historic Bluefields as well as a tremendous asset to the citizens of Donelson! 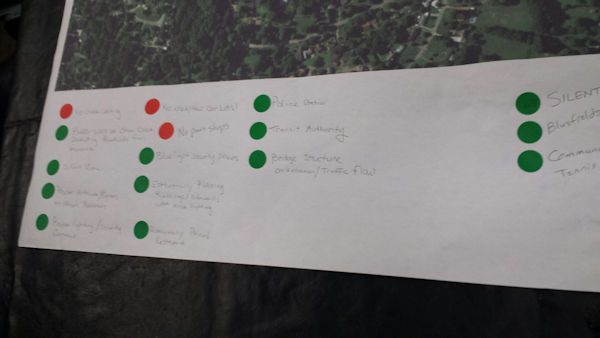