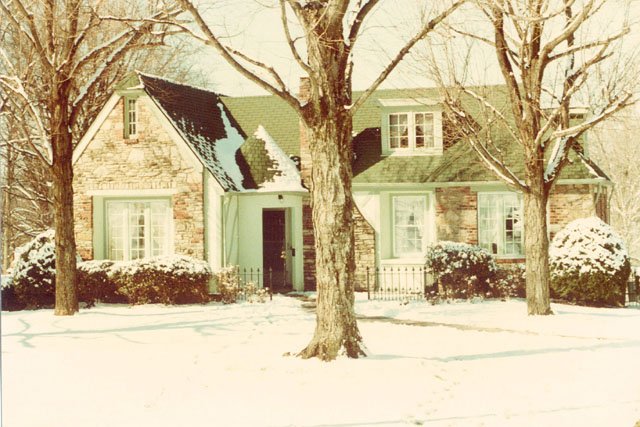 Although there had been "additions" to the city, Davidson County's development had followed the traditional pattern of villages at the crossroads — a store, a church, a schoolhouse, a post office.

There had been New Town (West Nashville) and South Nashville, Edgefield too. Belle Meade's Deer Park was divided. Tusculum, Antioch, Couchville, and Goodlettsville were towns in their own right. The streetcar lines had been an incentive for having the advantages of both rural and urban living.

But it was Bluefields that was the county's first true subdivision of the twentieth century. A. F. and R. D. Stanford went from Tennessee to Oklahoma, made money, and returned to Tennessee in 1918. Donelson (which has been known by many names, including Spring Place, Slip-up, and McWhirtersville, according to regional historian Leona Taylor Aiken) was confined by the McGavock properties, the McMurrays' land, and the Hoggatts' Clover Bottom Farms. Buying Clover Bottom, the Stanfords started residential and business development.

In 1929, to the accompaniment of full-page newspaper promotional advertising, a city real estate company opened a subdivision named Bluefields on the northern part of the McMurray land. When the company ran into difficulties the Stanfords took over. The original development included 1 1 1 lots and was served by a new eight-inch water line brought out from the city. Viewed by travelers from the Donelson overpass, the first houses were like a dream of the future, as indeed the development proved to be.